An Historic Town With Old-fashioned Flavor

Is Urbanna really an “historic” town? Yes, according to the National Register of Historic Places. Documents from the U. S. Department of the Interior and stored in the Library of Congress indicate that Rosegill Plantation, the Urbanna Historic District, the Colonial Courthouse, Lansdowne, the Wormeley Cottage, and the James Mills Scottish Factor Store are all included on the National Register. 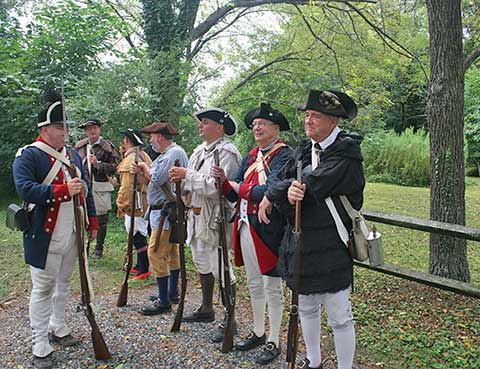 Rosegill plantation consists of an impressive range of 18th century buildings: a washhouse, the dwelling house, the kitchen, and a storage house. Rosegill has been occupied since the mid-17th century, when Ralph Wormeley I patented 3200 acres of land. The buildings standing today stylistically date between 1730-1750 and are a significant relic of colonial plantation architecture. The extensive nature of the original complex, coupled with its associations with some of the colonies’ most prestigious individuals, makes Rosegill potentially one of the state’s richest archaeological sites as well as one of the oldest and most historic estates in America.

In 1991 the Urbanna Historic District, including four buildings listed on the National Register, was established. The boundaries of this district are Virginia Street on the north, Rappahannock Avenue on the west, Watling Street on the south, and Urbanna Creek on the east.

Within this district there are 65 historic buildings. The building on the northeast corner of Virginia and Cross Streets that burned in 2008 was included in the list. Urbanna was one of the twenty towns created by an act passed by the Colonial House of Burgesses in 1680 to encourage the creation of port towns that would open trade with the Colonies. The town was officially named Urbanna in 1706. The district has one of Virginia’s eleven surviving Colonial courthouses, dating from 1748, as well as two mid-18th century residences (Lansdowne and Wormeley Cottage), and a rare surviving 1760’s brick storehouse known as the James Mills Scottish Factor Store. The town also has a much-altered 18th century tavern and two early 19th century dwellings (Sandwich and the Gressitt House). It has, as well, a number of late 19th century and early 20th century dwellings, commercial buildings, and a church representing such architectural styles as the Queen Anne, Carpenter Gothic, Romanesque Revival, Colonial Revival, Bungalow, and American Foursquare. 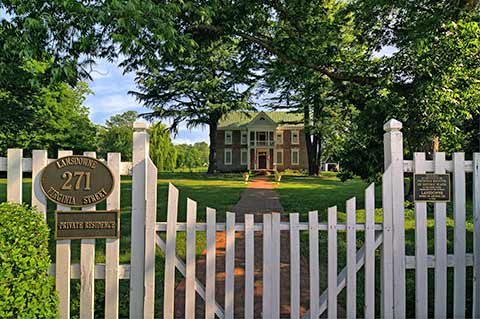 Because of its history, founding, and development, Urbanna was eligible for inclusion on the historic register as representative of towns in Virginia during the 18th and 19th centuries.

The town has retained the irregular grid pattern of streets typical of the time period in which it was founded. Urbanna also has a variety of structures that represent the diversity of architectural styles over the last 300 years.

Although initially Urbanna’s commercial activities revolved around the tobacco trade, the economy shifted toward retail sales and, especially later in the century, toward the fishing industry and tourist trade. By the early 20th century, the town was known for its oyster beds and packing plants as well as being a summer resort community.

At the beginning of the 21st century, nearly all the authentic structures remain intact. Urbanna is an historic port town with an old-fashioned flavor.

The Chesapeake Bay was formed during the last Ice Age when the Susquehanna River roared through a deep gorge to meet rising sea levels to the south. Native Americans began hunting, farming and fishing along the shores of its tributaries around 1,000 BC.

It was the Nimcocks who first settled what would come to be known as Urbanna. Nimcock means “Indians who live in towns.” The Nimcocks lived in huts in fenced villages designed to thwart attack. 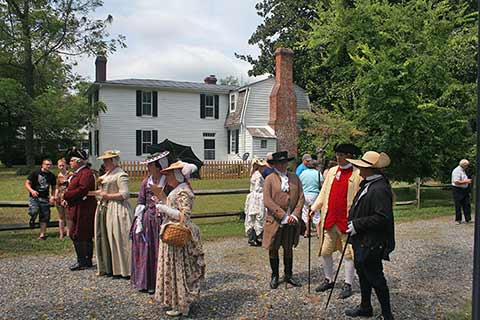 Jamestown was established a few millennia later in 1607. Captain John Smith set out from there to explore the Chesapeake Bay watershed, which he called “a place where heaven and earth never agreed better to frame man’s habitation.”

In 1649, Ralph Wormeley patented 3,200 acres on the Rappahannock, including the lands the Nimcocks had cleared for their settlement and crops, forcing the tribe upriver. Landowners like Wormeley established plantations on Virginia’s navigable rivers, which they used as private ports, shipping tobacco directly to market without the inconvenience and expense of going through an official port of entry.

The 1680 Acts of Assembly at Jamestown changed all that.

They ordered local officials to establish twenty 50-acre port towns, at a cost of 10,000 pounds of tobacco each, through which all trade would take place: Varina, Charles City, Surry, Jamestown, Patesfield, Nansemond and Warwick along with plantations in Elizabeth City, Norfolk, Yorktown, New Kent, Gloucester, Tappahannock, Stafford, Accomac, Northampton, Lancaster, Northumberland, and the small part of Ralph Wormeley’s Rosegill that would, in 1705, be named Burgh of Urbanna, “City of Anne.” The town was named in honor of England’s Queen Anne. 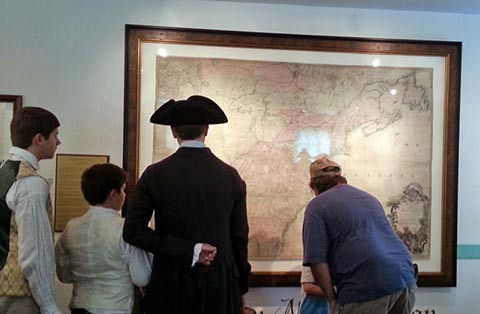 Seven buildings in town have been in continuous use since the colonial period. Four of them are on the National Register of Historic Places. All are located in Urbanna’s historic district. The James Mills Scottish Factor Store, which now serves as the town’s Museum and Visitors’ Center, is where planters exchanged tobacco for immediate cash and credit to purchase imported goods for sale. It currently houses the Town’s own John Mitchell map, referred to as “the most important map in U.S. history.” Ours is the 1st Edition, 3rd Impression, published and printed in 1755. Next-door is the Gressitt House, where Urbanna’s Harbormaster once lived. Across the street is Little Sandwich, believed to have been the port town’s Customs House.

Up the hill you’ll find Middlesex County’s original courthouse. It’s one of only 11 colonial courthouses still standing in Virginia today. The handsome Georgian mansion next door to the Post Office is Lansdowne, home of Arthur Lee, one of the storied Lees of Virginia. Along with Benjamin Franklin and Silas Deane, Lee represented the Continental Congress at France’s Court of Versailles.

Colonial travelers spent the night at The Tavern on Prince George Street for five pounds of tobacco or six pence. Legend has it that Patrick Henry once addressed townspeople from its steps. The clapboard Wormeley-Lee-Montague Cottage (now a shop) is believed to be the oldest surviving house in Urbanna.

On either side of town are two National Historic Register colonial plantations: Ralph Wormeley’s Rosegill and Hewick. Christopher Robinson, who built Hewick in 1678, was a member of the Governor’s Council, Secretary of State of the colony and an original trustee of the College of William & Mary. Wormeley and Robinson were among the most influential men in colonial Virginia.

As the international sailing vessels of the colonial tobacco trade yielded to Chesapeake Bay schooners, then steamboats, then the pleasure boats of today, one thing remained constant: Urbanna’s history and fortunes are one with the Bay.

Pick up a brochure and take a self-guided walking tour. Visit the Virginia history collection at the Urbanna Branch of the Middlesex County Library. Or buy the book. Urbanna: A Port Town in Virginia 1680-1980. It is a handsome, hardcover volume published to commemorate the town’s tri-centennial. Get your copy at the Town Office, local shops, and the Visitor’s Center.